Country sports and other leisure activities have always been popular in Hoxne. Hoxne had its own band, football team and harriers.

Click on the links below to see more details.

The earliest factual reference to the Hoxne Brass Band is found in the Ipswich Journal of July 23rd 1881 when “The Hoxne Band led the annual procession of Oddfellows of the Loyal Waveney Lodge from their lodge room at the Swan Inn, Low Street up to the church”. The band took part every year and in 1886 it comprised 22 players from Hoxne, Eye, Scole and Gislingham. In 1888 two new bands joined from Kenton and Brayesworth.

The first photograph of the Hoxne village band outside the Red Lion (their practice room and local watering hole) was taken in 1870. The Red Lion was up at the top of Oak Hill and was badly damaged by fire in May 1964. The Band was still in existence in the 1920’s but possibly with different instrumentation.

In the 1914 picture the player on the extreme right of the back row was Albert Copping wearing the uniform of a drummer fifer in the Grenadier Guards. Sadly Albert was the first Hoxne soldier to be killed in the Great War. He died on 15th September 1914 aged 20 and is remembered at La Ferte Memorial, Sous Jouarre, France. The Coppings were bricklayers and builders.

There could have been a ‘band’ of local instrumentalists from earlier times as the papers of the one-time vicar of Hoxne and ardent village historian, John Draper, relates;

“A licence was granted by Bishop John Moore on 21st October 1700 to erect a gallery in the tower "desirous to encourage and promote decent ornamenting of the church". Mr Maynard of Hoxne Hall and Colonel Thruston of the Abbey met the cost of the gallery. I know of no date when it was pulled down”.

This is a direct reference to a ‘West Gallery’ (at the opposite end of the church to the altar) where the choir and local instrumentalists would sit in splendid isolation to accompany the hymns, chants, Psalms and Canticles. When the time came for music to be played the congregation would stand and turn with their backs to the altar to “face the music”. This is where that phrase originated.

On a literary note, the famous author Thomas Hardy and his father were both church musicians and his wonderful novel “Under the Greenwood Tree” is all about a village ‘band’ that was made redundant when the vicar was persuaded to install an organ. This situation occurred in many ‘West Gallery churches’ and the musicians drifted to the local Methodist church where the robust hymns of Sankey and Moody and the Wesleys were far more suitable. There is strong evidence that many village brass bands started as Methodist Bands. One such is at Boxted in North Essex which was formed in 1866 and is still very active today making it the oldest Methodist Brass Band in the UK.

Pictures supplied by Stephen Govier, local historian and author of several books on Hoxne available at the Hoxne Post Office ©

Cock fighting meetings were held at the Swan Inn

The following advert was printed in the Ipswich Journal on the 23rd April 1726.

"Notice is hereby given that on Monday and Tuesday the 16th and 17th of May next, there will be a great Cock Match at Henry Bilby's, at the White Swan in Hoxne, Suffolk, for two Guinea a Cock, and Forty Guineas the odd Battle to show 31 Cock on a Side. The Gentleman of Ipswich, against the Gentlemen of Norfolk, and 'tis agreed between the Masters of the Match that it is to be a Shilling Pitt, for the more Conveniency of Gentleman not to be Disturbed by the Mob."

Hare coursing meetings were held around the village, on one occasion lunch was provided at Gissing Farm. 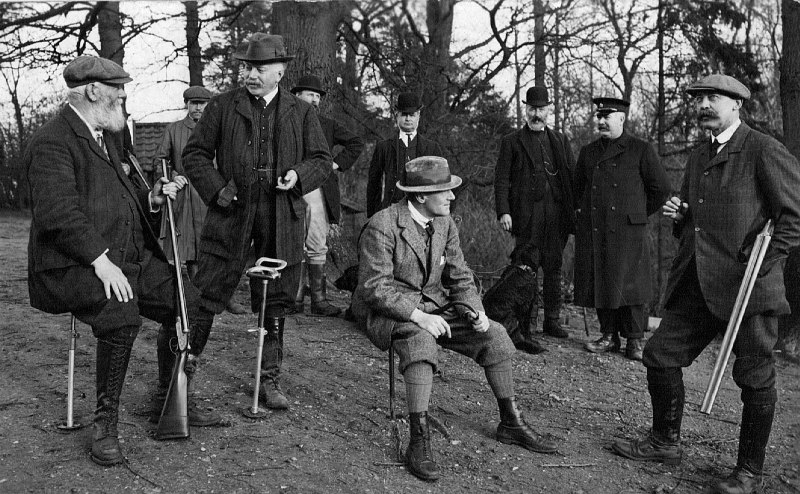